DO NOT TRUST YOUR GUN TO REFLEX SHOOTING >> They broke my air gun while doing a yearly checkup. They charged me €65 for “greasing the o rings” but my gun is no longer working. They do not own their mistake, fix it or reimburse. In fact they won’t even send the tax bill for what I paid. I had to pay extra €150 to get my gun fixed by another gunsmith. They also botched my order of a €2000 gun (a Morini FP). Very bad customer support and follow up (which ends up being non existent).


Improve your shooting with the Target Shooting Journal 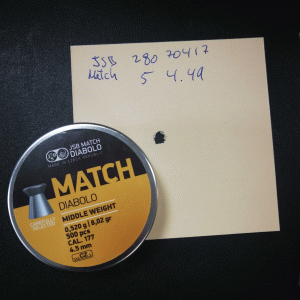 Become a friend of OlympicPistol.com

I cannot recommend enough to visit the shop if you have a chance. Check out the Reflex Shooting online shop to get an idea of all the stuff they have.

DO NOT TRUST YOUR GUN TO REFLEX SHOOTING

Be positive, help, and contribute with your comments Cancel reply

This site uses Akismet to reduce spam. Learn how your comment data is processed.

This website uses cookies to improve your experience while you navigate through the website. Out of these cookies, the cookies that are categorized as necessary are stored on your browser as they are essential for the working of basic functionalities of the website. We also use third-party cookies that help us analyze and understand how you use this website. These cookies will be stored in your browser only with your consent. You also have the option to opt-out of these cookies. But opting out of some of these cookies may have an effect on your browsing experience.
Necessary Always Enabled
Necessary cookies are absolutely essential for the website to function properly. This category only includes cookies that ensures basic functionalities and security features of the website. These cookies do not store any personal information.
Non-necessary
Any cookies that may not be particularly necessary for the website to function and is used specifically to collect user personal data via analytics, ads, other embedded contents are termed as non-necessary cookies. It is mandatory to procure user consent prior to running these cookies on your website.
SAVE & ACCEPT
Loading Comments...